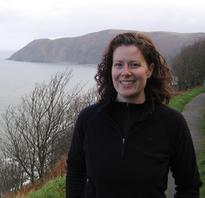 Julie is a native of Cleveland, Ohio and Pittsburgh, Pennsylvania and studied Earth Science at Dartmouth College as an undergraduate student.  She received her PhD in Geological Sciences from Cornell University in 2007.  She was a NERC Fellow at the University of Oxford for two years before beginning her faculty position in Oregon State University's Department of Crop and Soil Sciences in 2009.  She is also an adjunct professor in the College of Earth, Ocean, and Atmospheric Science at Oregon State University. 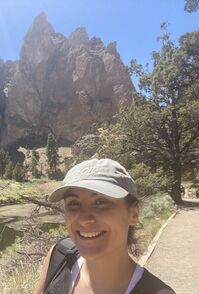 Layla Ghazi is a Ph.D. student in Earth, Ocean, and Atmospheric Science at Oregon State University.  She did her undergraduate degree in Chemistry at Georgia Institute of Technology.  At Georgia Tech, she worked on a number of research projects, including an undergraduate thesis "Enrichment and Isolation of Iron-Oxidizing Bacteria from an Ancient Earth Analogue".  For her research at OSU, she is studying georespiration.  Check out Layla's science twitter @biogeoghazi 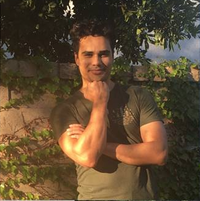 Kaveh Siah is a M.S. graduate student in Forest Ecosystems and Society at Oregon State University.  He completed his undergraduate degree in Biological Sciences at University of California Irvine.   Kaveh's prior research experience includes an undergraduate thesis, "Changes in microbial enzymatic activity in response to precipitation change in shrubland and grassland ecosystems".  His Master's thesis is titled "An Analysis of Nutrient Depletion in Douglas-fir Forests of the Oregon Coast Range".  He is using biogeochemical simulation modeling (NutsFor) to study the sustainability of nutrient supply (N, P, K, Ca, Mg, S) for tree growth , including the effects of sedimentary versus basaltic bedrock, effects of nitrogen richness, and effects of different forest management styles. 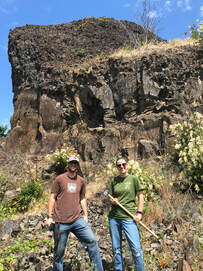 Makenzie completed her undergraduate degree in Chemistry at OSU.  She was the recipient of a SURE science award and worked on a research project on basalt chemical weathering jointly advised by Steve Perakis and Julie Pett-Ridge.  She is now working on her Ph.D. in Chemistry, also at OSU. 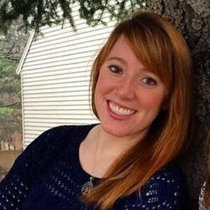 Liz recently completed her Ph.D. in Earth, Ocean, and Atmospheric Sciences at Oregon State University. She did her undergraduate degree at Boston University in marine and earth science. Elizabeth began working in a mass spectrometry lab during her final year at BU, using strontium isotopes to measure chemical weathering rates of soils in Papua, New Guinea. At Oregon State, Liz studied controls on soil fractionation of molybdenum isotopes, and the implications for understanding soil biogeochemistry, past soil conditions, and geochemical fluxes from terrestrial to oceanic environments.  She is currently a Postdoctoral Fellow at the Woods Hole Oceanographic Instutute. 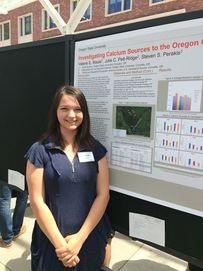 Valerie Maule recently completed her B.A. at Oregon State University and was laboratory research assistant in the W. M. Keck Collaboratoy for Plasma Spectrometry.  She worked on a project with Julie Pett-Ridge and Steve Perakis investigating the sources of Ca to trees in the Oregon Coast Range using Sr isotopes. 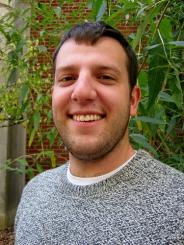 Alex received his Bachelors of Science in Environmental Chemistry at the University of Massachusetts Amherst. His experiences at UMass tailored his interests towards the physical, chemical, and biological processes that control the fate and transport of contaminants between surface and ground- water. Alex recently completed a M.S. degree in Water Resources Engineering and Soil Science here at Oregon State University advised by Dr. John Selker and co-advised by Julie Pett-Ridge. His research focuses on the effects of aquifer heterogeneities on nitrate reactivity at the pumping site-scale. In the future he hopes to return to East Africa and collaborate with local communities in order to prevent and mitigate groundwater contamination in developing countries.  He is currently working at a small company that designs water quality monitoring instruments. 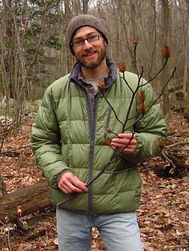 Justin Hynicka completed a dual M.S. degree in Soil Science and Forest Ecosystems and Society at Oregon State University in 2014, co-advised by Julie Pett-Ridge and Steve Perakis.  He previously completed his undergraduate degree in Geology at the University of Pittsburgh, where he was a research assistant working with Rosemary Capo and Brian Stewart. He also worked as a GreenLinks Coordinator at the Nine Mile Run Watershed Association in Pittsburgh.  At OSU, Justin's research investigated how soil nitrogen (N) enrichment, as a long-term legacy of biological N fixation, interacts with bedrock Ca content to regulate whole-ecosystem sources of Ca in temperate conifer forests.  In addition to climbing trees and soil sampling, Justin developed a bedrock sampling drill capable of sampling >10 m depth.  In the lab, Justin employed Sr isotope analyses to identify Ca sources to ecosystems, combined with an array of indices of soil weathering status.  Justin is now Manager of Forest Conservation with American Forests. 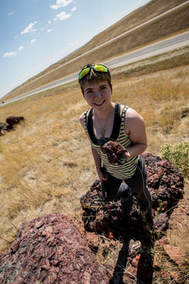 Jade Marks completed a dual major MS in Soil Science and Botany and Plant Pathology at Oregon State University in 2014, co-advised by Julie Pett-Ridge and Bruce McCune. She received her BS in Environmental Science from Indiana University where she completed an undergraduate research project studying the applications of lichens as bio-indicators of ecological stress in small-scale mining operations. From 2011-2012 Jade worked as a lab manager for the Pratt Biogeochemistry Lab at IU, where she specialized in the sequential extraction of sulfur compounds from rock, soil, and organic material. Her research involvement at IU encompassed a broad range of topics, including paired sulfur and carbon isotope stratigraphy. Her research focused on the ecological role of the trace element molybdenum which limits nitrogen availability in terrestrial ecosystems. Jade's research at Oregon State included two projects.  Specifically, Jade conducted a micro-nutrient enrichment experiment involving the stimulation of transplanted nitrogen-fixing lichens with molybdenum, vanadium and phosphorus.  Jade also investigated the controls on plant and soil molybdenum availability across forested sites in the Oregon Coast Range.  Jade is currently the science outreach and education director for a natural history museum. 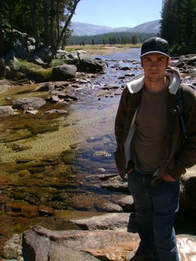 Matthew McClintock completed an M.S. in Soil Science at Oregon State University in 2014.  He completed his undergraduate degree at the University of California Merced in Earth Systems Science, where he completed research characterizing soil organic matter and the role of organic matter stabilization through mineral-organic interactions.  At OSU, Matt investigated the role of dust fluxes in supplying rock-derived nutrients such as phosphorus in the Luquillo Mountains of Puerto Rico.   Matt is currently a Soil Scientist with the BLM.

George Pope is currently completing a dual Bachelor's degree in BioResource Research and Biochemistry at Oregon State University. He hails from Lake Oswego Oregon.  George worked on a variety of sample preparation for Sr, Nd, and Mo isotope analysis.   George is currently in medical school. 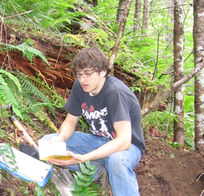 Will Krett completed his Bachelor's degree at Oregon State majoring in BioResource Research, focusing on the Soils option.  He is from Florence, Oregon.  Will conducted research on the chemistry and mineralogy of soils in the Oregon Cascade Mountains as a function of climate and bedrock type. 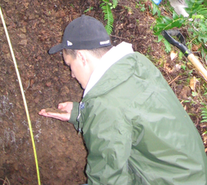 Nick Curcio hails from Honolulu, Hawaii.  He completed his Bachelor's degree at Oregon State, majoring in Environmental Science with a minor in Geosciences. Nick conducted research on the chemistry and mineralogy of soils in the Oregon Cascade Mountains as a function of climate and bedrock type.

If you would like to discuss the possibility of being a graduate student in my lab, please send me the following information: 1) a detailed statement of why you want to attend graduate school and why my lab might be a good fit for you; 2) a description of your previous research experience; and 3) the names and institutions of the people who will provide your letters of recommendation.